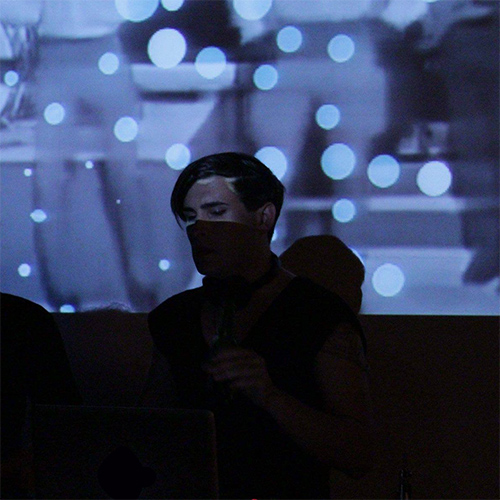 ALX has been a DJ for almost 13 years. Resident DJ at the Mutiny ("QueerFeministTransLesbian" bar in the Marais, in Paris) for more than a year, she has also played at many activist and alternative events. Since 2016, she has formed the DJ / VJ duo Claudiosaurus with Claudio and in September 2019, she took part in the founding of the Technommunism label. 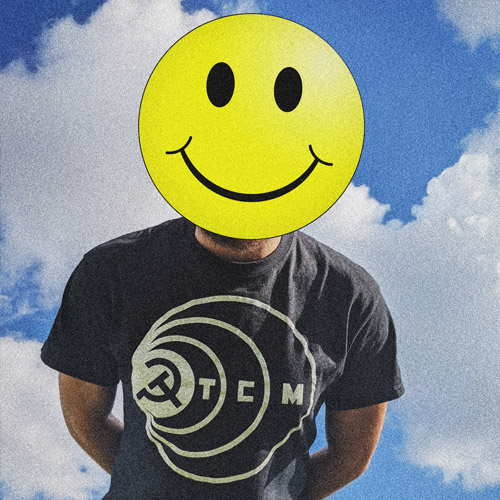 Claudio is a prolific artist with many faces. After producing since 2015 a dozen albums and EPs with varied styles, ranging from ambient to rhythmic noise, he made a resolute dancefloor turn by forming with ALX the duo of DJ / VJ Claudiosaurus in 2016, then taking part in the founding of Technommunism in 2019.

Loop / Repeat, his first rave and acid EP on the label, marks this transformation. He did not, however, give up the music of his first period, as evidenced by his live electronic show for Man with the Camera by Dziga Vertov, performed for the first time at the La Clef cinema, in Paris, on December 2, 2019. 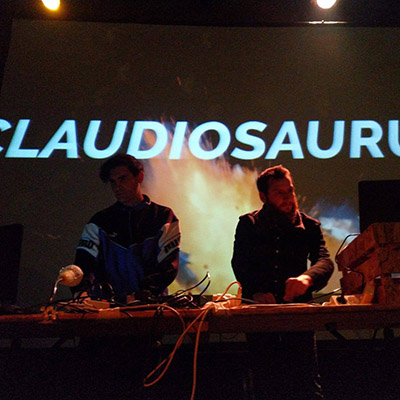 Claudiosaurus is a DJ/VJ duo started on October 2016 from the crossover between ALX and Claudio. Together, they bring up mixes ranging from disco to techno, including acid and house, always associating the music with loops of videos projected live. Claudiosaurus inaugurates the Technnommunism label with “Honeymoon EP” released in September 2019: a first step in production which calls for many future collaborations. 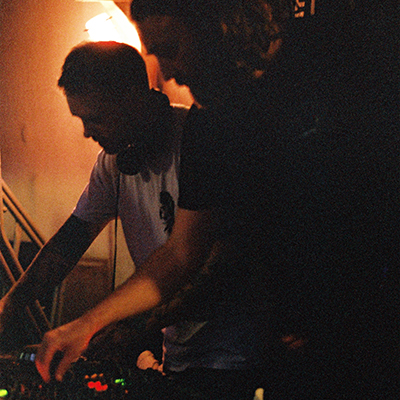 Bakou explore the sonic realms of bass music side by side with Zilly or Egregore of Terenor Records. Early supporter of Technommunism, he produced remixes for Claudio, shared line-ups with the crew and release his first record on the label, “Feu de Froid” in 2020.

As its name suggests, BéCANE (“BIKE”) is about machines, loads of cables and tremendous energy to spare !

In 2013, after ten years of activity in the live music scene (from all the corners of France to ex-Yugoslavia), the three guys from BéCANE gathered and plugged their drum machines and samplers together.

From all this clutter spring an energetic punk techno made of groovy basses and lively melodies. Combine that with live visuals dancing to the rhythm arranged by an expert VJ, and you’ll get a “son et lumière” that would even bring a neurasthenic on the dancefloor.

So turn on the lights, and let’s have it!

Dancers of all lands, unite!